Granular refractory mineral is coated with mostly bentonite clay and water, and then compacted (molded) around a pattern. The molten metal is then poured into the mold and allowed to cool, creating a casting. Once the mold has been shaken out, the resulting casting is a strong, durable product. The green sand molding process is used to make simple-shaped castings. The benefits are in lower-cost tooling, faster turnaround, and castings usually less costly than with other molding methods.

What is a Green Sand Casting?

These castings are made using sand molds formed from “wet” sand which contains water and organic bonding compounds, typically referred to as clay.[4] The name “Green Sand” comes from the fact that the sand mold is not “set”, it is still in the “green” or uncured state even when the metal is poured in the mold. Green sand is not green in color, but “green” in the sense that it is used in a wet state (akin to green wood). Unlike the name suggests, “green sand” is not a type of sand on its own (that is, not greensand in the geologic sense), but is rather a mixture of: 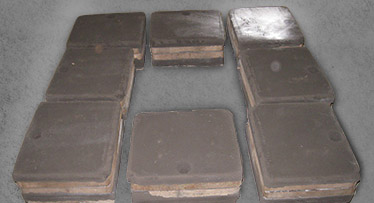 There are many recipes for the proportion of clay, but they all strike different balances between moldability, surface finish, and ability of the hot molten metal to degas. Coal, typically referred to in foundries as sea-coal, which is present at a ratio of less than 5%, partially combusts in the presence of the molten metal, leading to offgassing of organic vapors. Green sand casting for non-ferrous metals does not use coal additives, since the CO created does not prevent oxidation. Green sand for aluminum typically uses olivine sand (a mixture of the minerals forsterite and fayalite, which is made by crushing dunite rock).

The choice of sand has a lot to do with the temperature at which the metal is poured. At the temperatures that copper and iron are poured, the clay gets inactivated by the heat, in that the montmorillonite is converted to illite, which is a non-expanding clay. Most foundries do not have the very expensive equipment to remove the burned out clay and substitute new clay, so instead, those that pour iron typically work with silica sand that is inexpensive compared to the other sands. As the clay is burned out, newly mixed sand is added and some of the old sand is discarded or recycled into other uses.